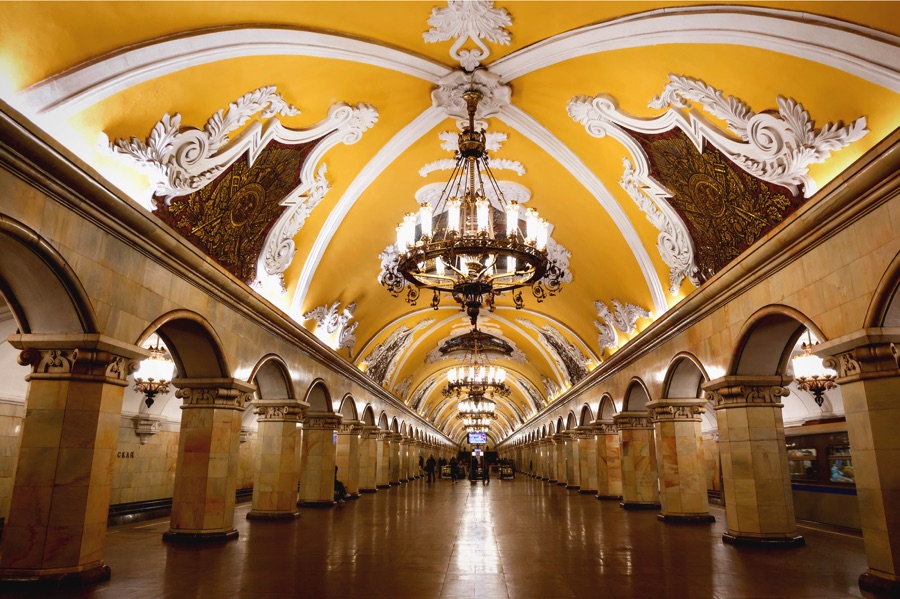 The Moscow Underground – Metro as it is called by locals – has truly become a national heritage and pride of the Russian capital. Its ballroom stations attract thousands of tourists each year who wish to see its rich decorations and interiors with their own eyes. 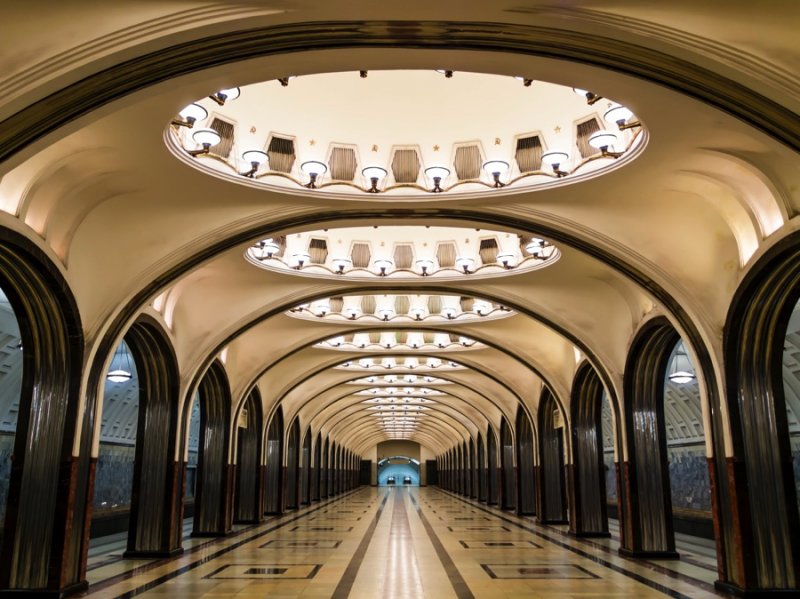 An “underground Kingdom of Socialism” as it is often referred to, was opened in 1935. Its first line was the Red one (as one can guess – it was the main color of the Soviet Union) which initially had only 13 stations and was 11 km long. Since then, the construction of the metro has developed at an incredible pace, even in spite of the difficult times the Russian history went through. By the beginning of a new millennia the total number of stations reached nearly 200, with the total length of its lines of over 300 km. And it continues to grow, connecting new remote districts with the city’s downtown.

The metro is the most convenient means of public transport in Moscow and very easy to use (provided you can read Russian). It transports up to 9 million passengers a day which makes it the 2nd most heavily used underground system in the world (after Tokyo). The average speed of the train is 90km/h.

Using the Moscow underground can be somewhat challenging for the first time. So the following information and recommendations will be useful for anyone stepping down its escalators during their first visit to this magnificent city.

where we have analysed many confusions the Metro may create for foreigners wishing to experience it on their own, and provided a step by step guidance on how to avoid them.

Before using the metro 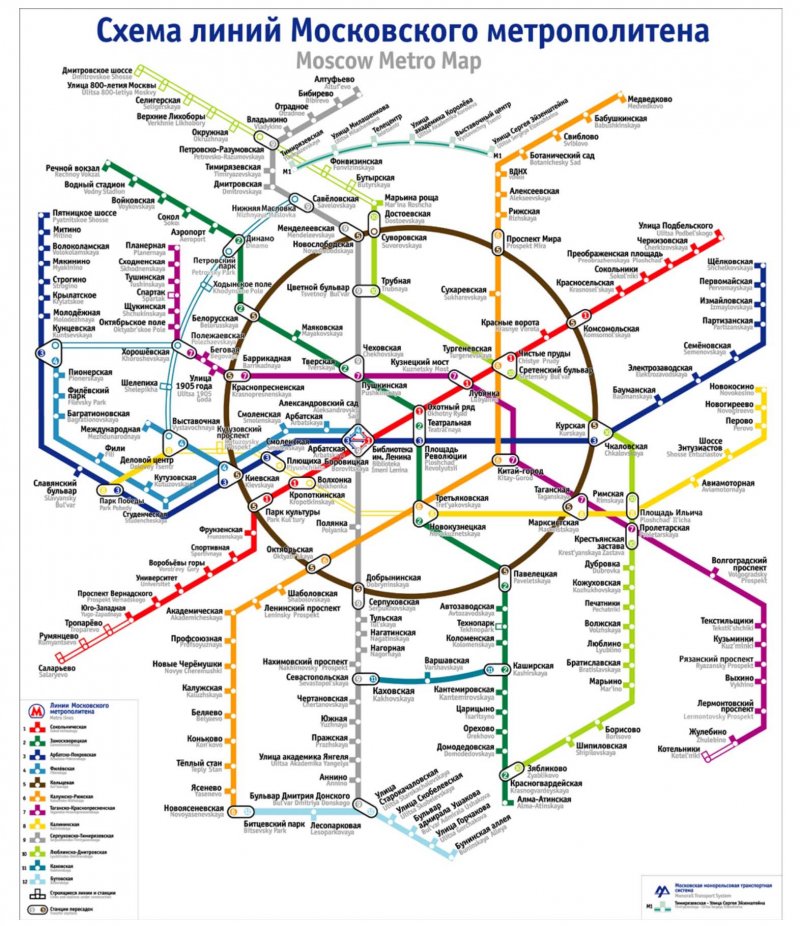 Before starting your trip through the Moscow subway it will be helpful if you trace your trip on a metro map. This preliminary step may be necessary to keep you from getting lost since the halls of the Metro are practically void of any English. We also recommend that you have a Metro map with you as they are not distributed (like in London) or sold somewhere near the stations. 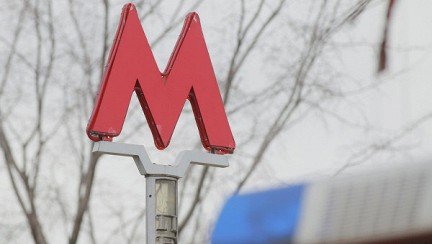 Metro entrances are easy to recognize. Whatever the metro station building looks like, it is always marked by a red M sign which is illuminated during the night. 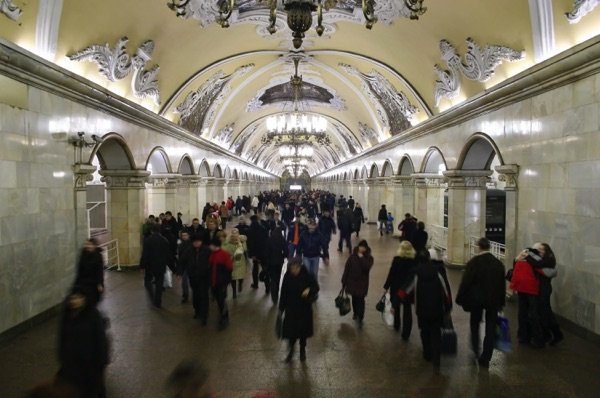 Due to the high popularity of the metro (and crazy traffic jams) avoid using the metro during weekdays between 7.30 a.m. and 10.30 a.m. and from 5 p.m. to 8 p.m. However many stations are always crowded. Usually, they are the ones located close to railway and bus terminals (like the stations of the Circle Line), big department stores and market places.

If you wish to learn more about other means of public transport in Moscow, we recommend to checkMoscow Public Transport – Overview & Travel Tips

The exit boards of the Moscow subway are also very easy to read. Most boards display a brief inscription ВЫХОД which means EXIT along with the names of nearby streets, department stores or other important sites. In case a metro station has two or even more transfers, try to remain calm and do not let yourself to be swept along by the crowd, which can easily cause you to miss your destination. Instead, try to find the information board indicating the station you need. In case the information board does not provide you the answer, use the emergency call points (red-and-blue columns each station and most of the ground vestibules are equipped with – they provide information in English) or fell free to ask people around you (please do not expect everyone to speak English however).

Take care of your personal belongings. Crowd always attracts people of questionable character, so please look after your bags, handbags, pockets, cameras (especially at the Circle Line). Don't leave your belongings in the metro trains or in any other public transport.

For more tips and recommendations on how to turn your first ride on the Mero to an enjoyable and trouble free experience read Your Handy Guide to the Moscow Metro – the web best step-by-step guide on using the Moscow Metro!

If you would like a relaxed and trouble-free exploration of the world’s finest underground - book our Moscow Metro Tour or visit some of its stations during Moscow City Tour!