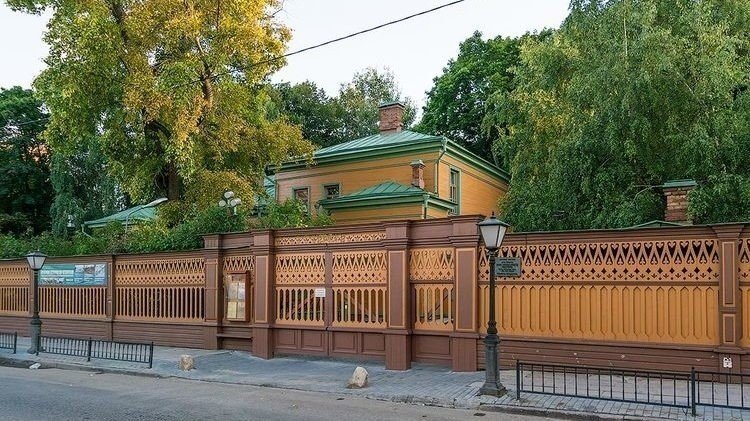 Today’s Moscow, which surprisingly absorbed the spirit of the past, still remembers Russia’s most outstanding minds. The prominent writer, Count and a friend of the Russian peasantry – Leo Tolstoy – is one of them. The author of War and Peace and many other remarkable pieces spent about 20 “winters” in the city, when his children attended a school there.

Moscow cherishes the memory of the writer: there are three museums of Tolstoy in the city. Below we would like to tell you about the most loved one – Tolstoy House Museum in Khamovniki district. We will be happy to guide you around it on our Moscow private tours, should you visit the city any soon. And now let us tell you about this famous house of Moscow.

Beautiful Garden of the House Museum of Tolstoy If you walk down ulitsa Lva Tolstogo (Leo Tolstoy’s Street) your attention will be grabbed by an orange wooden fence and beautiful garden behind it. There is only one such property in Khamovniki district built up with redbrick factory structures, which are nowadays converted into first-class offices. The garden of Leo Tolstoy’s Museum and the House itself are hard to be missed.

The writer believed that it is not possible for a man to live happily far away from nature. Thus, it is not surprising that the Count Tolstoy picked this estate for himself and his family. He came to see it in spring 1882. Before the writer set his foot in the house, the decision to buy it was already made. This small piece of nature overgrown back then, reminded him of his country residence in Yasnaya Polyana and warmed his soul.

These days the garden keeps its well-groomed appearance as during the writer’s lifetime and greets everyone coming here. It occupies an area of ¾ of a hectare planted with maple and linden alleys. Three of the linden trees are so old that they not only remember Tolstoy himself but also time preceding the life of the writer. 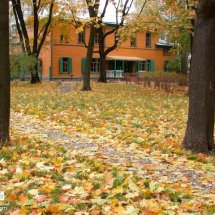 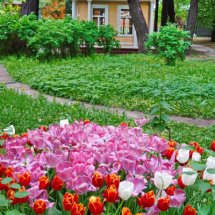 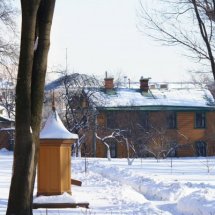 Surrounded by modern structures, this wooden house with green spacious garden and no running water appears as if an oasis in the center of Moscow. It feels the spirit of the writer still resides in this place...

The interiors of its 16 rooms have been carefully preserved. The only big addition to the house was done in 2001, when it got electrified. Six thousand authentic items and personal belongings of Tolstoy’s family will ‘speak’ to you through the prism of time… There is probably no better place in whole Moscow to see the life of a noble cultured family of the past century.

Dining Room. Through the ground-floor lobby where Tolstoy’s raccoon coat can be still seen on the wall, one enters a dining room. There is a large table set for 12 persons, as though the family is about to get together for lunch. Like during Tolstoy’s life, his wife Sofia occupied the main seat at the table. A mother of 13 children, she was the one who looked around the house.

Tolstoy’s Bedroom. The bedroom of Tolstoy’s couple is also on the ground floor. The bright and cozy room overlooking the garden is actually divided into two parts – the bedroom itself and a private room where Sofia invited close friends only. There was also her small office, where she worked until 3 or 4 a.m. rewriting her husband’s works numerous times. 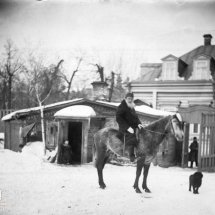 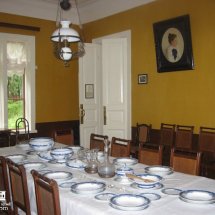 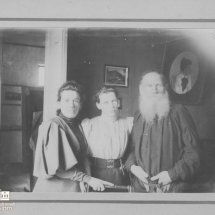 Children’s Room. Next to the couple’s bedroom is the room of their youngest kids. There one can see bed, personal items and toys of Ivan, the last child in the family. Tolstoy pinned big hopes on his youngest son. The boy’s death at the age of 6 has divided the life of the Count and his wife into two parts.

Hall. A beautiful solid staircase at the lobby will take you to a spacious living room. It is a part of the building, added by instructions of Leo Tolstoy. The largest room in the house with three windows was the place to meet friends and hold literary and music evenings. Many Russian talents such as Rachmaninoff, Scriabin, Rimsky-Korsakov, and Chaliapin performed here.

At the oval mahogany table Leo Tolstoy read poems to his friends and played chess. Among his guests were prominent writers including Chekhov, Leskov, Ostrovsky, Bunin and Gorky. 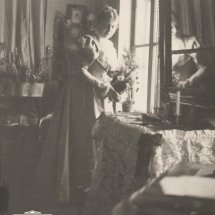 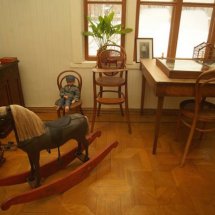 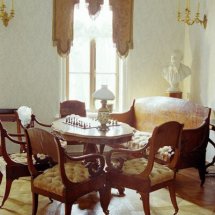 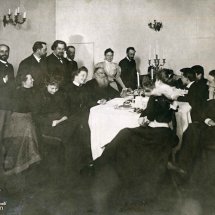 Big Living Room. The living room differs from the others in expensive decoration performed in red-and-black colors. Here, the hostess would hold conversations with her friends. The host of the house was less often there and used to call this room “boring”.

There are a few other rooms on the 2nd floor, including a cozy and beautifully decorated small living room and private rooms of the older daughters. And our attention is shifted to the most important and remote part of the house – Tolstoy’s study.

Leo Tolstoy’s Study. Like everything in the house, his study is modest and comfortable. A representative of an old wealthy family, he could afford a more lavish life, but did not need it. A cozy room, low ceiling, painted walls and heavy furniture – this was his “holy” place. It was the atmosphere where many of Tolstoy’s literary masterpieces were created. 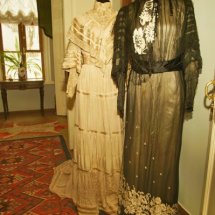 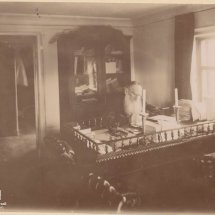 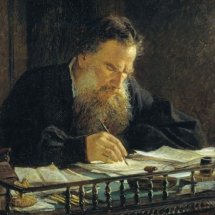 He came here around 9 or 10 in the morning and stayed until 3 or 4 in the afternoon, often working till later hours. At the writer’s desk there is a low chair. Its legs were sawn by the Count himself to sit closer to a manuscript.

Other rooms. On our private Moscow tours to this museum, you will also see a number of other exciting units – pantry, room of a valet, and a kitchen. They are the places where the Counts’ family could be seen far less often, but without which the life of this extraordinary Russian family was impossible.

Address of Tolstoy Museum in Khamovniki:

Tuesday, Thursday – from noon to 8 pm

On Monday and last Friday of a month the Museum is closed.

Leo Tolstoy House Museum is one of our favorite museums. We will be glad to share Russia’s rich literary heritage with you and guide you inside one of its cradles. Visit this sight with us on Moscow private tours and the story of the writer’s life and the house will come alive.

Travellers of all ages will find the Museum exciting and interesting, irrespective of their familiarity with the writer’s work. It is a unique place to touch the life of a noble cultured Russian family of late 19th and early 20th centuries.