If this is your first trip to Moscow, our advise is that you don't try to visit all must-see sights in one day. Sit down, take a deep breath and start by making a list of everything you’d like to see in the capital of Russia. A thorough visit to two places a day will be more than enough. 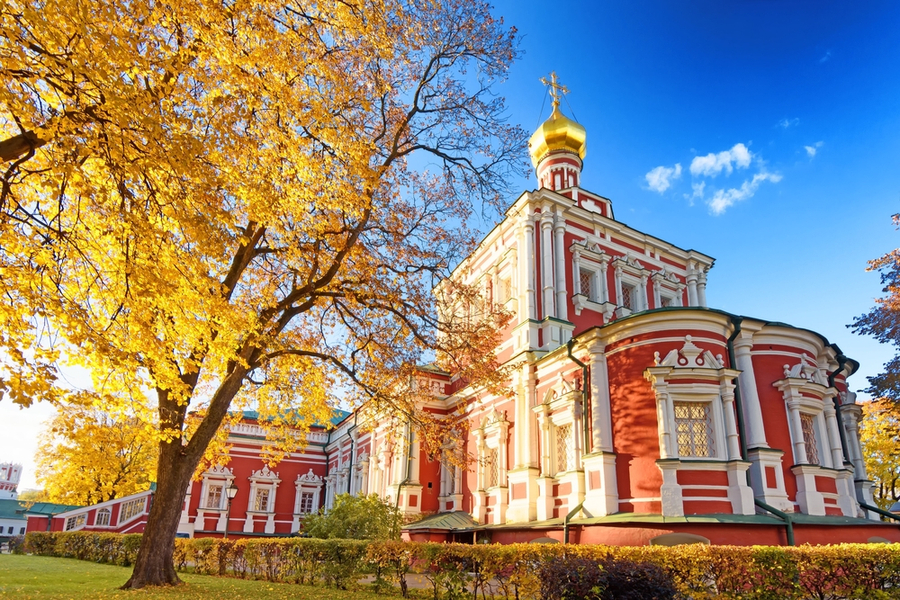 If you want a more spiritual flavor, you’d definitely like to visit Novodevichy Convent also known as the New Maiden Convent. Secured by a formidable gate of white brick an architectural ensemble takes vast territory near the bank of the famous Moscow River. During each season the Convent has its own charm and greets its visitors with rich colors and serene atmosphere.

Foundation of the New Maiden Convent

The best-known architectural ensemble of Moscow was founded in the 16th century by Vasili III, the Grand Prince of Moscow. In order to commemorate his victorious conquest of Smolensk, Vasili III commanded to build a fortress on the bank of the Moscow River. With time it grew into a peaceful convent lavished in rich history and picturesque architecture. Nearly two centuries the fortress served for imprisonment of royal women when they were no longer welcomed at the imperial court. A lot of famous tsarinas and their relatives took vows in this Convent to spend their days in peaceful leisure of praying or fasting. The walls of this fortress held such well-known royals as the widows of Ivan’s the Terrible younger brother and his son.

Smolensky Cathedral, the crown of the convent, is situated right in the center of the cloister and surrounded by various churches and towers. The six-pillared five-domed cathedral is the oldest construction in the Convent which was created to praise the icon Our Lady of Smolensk. Walls and ceilings of this ancient building are decorated with murals dedicated to early 16th century, making them older than paintings of the Assumption Cathedral in the Kremlin. Its graceful bell tower is located not far from the Cathedral and recognized as the second tallest tower in Moscow. 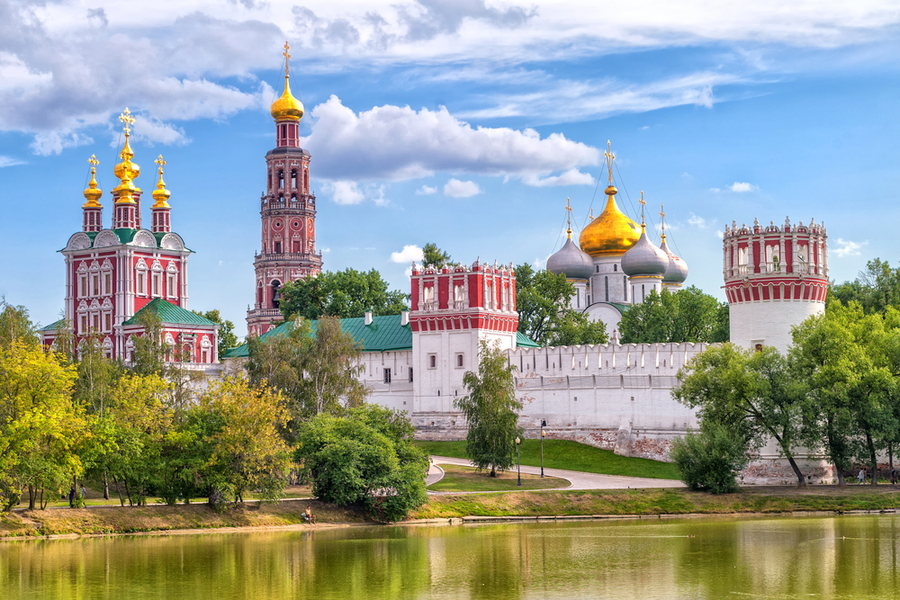 When you enter the area of the Convent, do not neglect to raise your eyes and see a true masterpiece of architecture – Gate Church of the Transfiguration – nestled above the main entrance. Executed in Moscow Baroque style, right next to the Cathedral, you can find the Assumption church with the refectory, a hospital and numerous chambers of Irina Godunova, Evdokia Lopukhina and other well-known historical figures who found their final peace there together with royalty, revolutionary fighters and some of the brightest minds of Moscow.

Situated in the west wing of the Convent Prokhorovs’ chapel-tomb attracts many visitors who admire its revival architecture and stunning mosaic walls, still preserved in great condition.

If you are lucky enough to visit the Convent on a sunny day, take a stroll along narrow paths of the area. Prepare to be amazed by deep colors and bright glints of the sun bouncing from golden domes of the cathedrals. Sit quietly on a bench among aged trees and listen to sounds of nature. Enter ancient churches to admire architecture of long lost Rus’ and sense its holy atmosphere in the mural painted walls and ceilings.

Secrets of the New Maiden Convent

Beside magnificent architecture and profound history, the New Maiden Convent is full of secrets, legends and fascinating historical facts. One of them narrates of Sophia – the sister of a well-known tsar – Peter the Great.

In 1689 Peter the Great sent his sister to the Novodevichy Convent to chastise her for revolting against him and suppress her will to rule Rus’. There Sophia spent her whole life and there she died. Since the death of Sophia this place was called the Wailing Wall and was inscribed by wishes of those who were seeking for help. Today plenty of Muscovites visit this magical place to share their private matters and requests. Legend says if one touches this shabby wall and makes a wish it will surely come true. 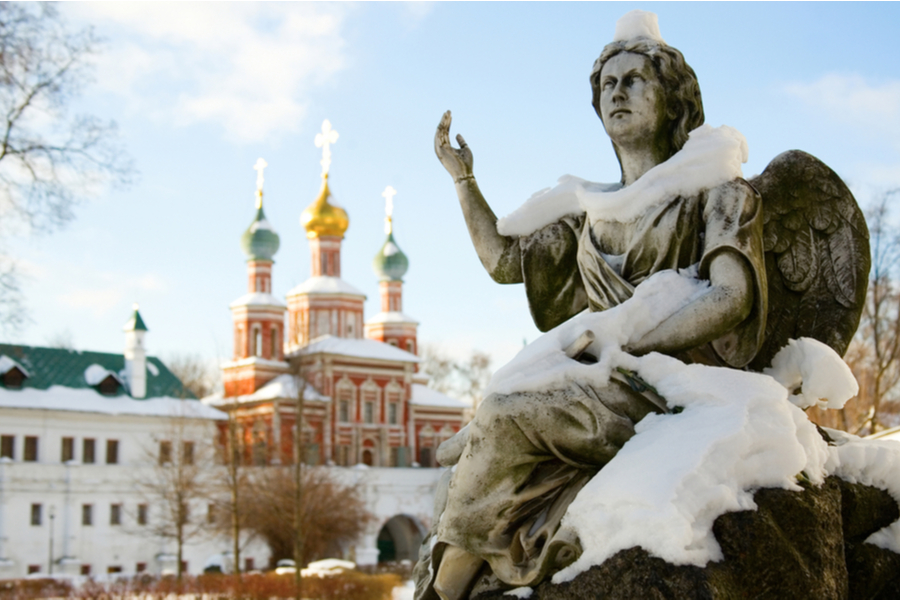 The New Maiden Convent is one of the most sacred and dearest places in Moscow. This beloved area is always full of visitors from different parts of the world who enjoy marvelous architecture and breathtaking stories of old Rus’ told by a friendly tour guide.

The convent and most churches are open for visitors from 8 a.m. till 6 p.m. Monday – Sunday besides the first Monday of each month.

Oh! And don’t forget your camera!