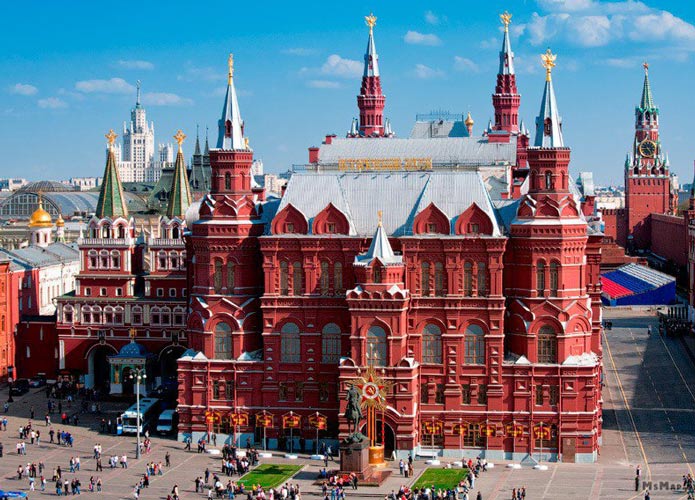 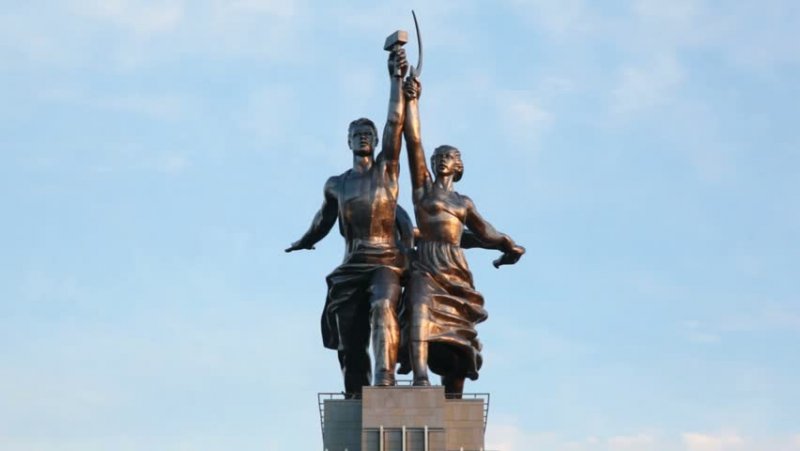 Not only Moscow, but the entire present-day Russia is filled with historical buildings and monuments of unique architectural style and technique. Every one of them carries its own stories and legends, reminding the viewer of various glorious eras. Emphasizing the characteristics of all periods that Russia has been through, from Tsardom Empire and the Russian Empire to the Soviet Union and the today’s Russian Federation, each of the following buildings and monuments is an important part of Moscow history.

Dedicated to the Assumption of the Mother of God, this stunning Kremlin Cathedral should not be missed out during your own exploration of the city or your Moscow walking tour. It dates back to the early Muscovite period, being built somewhere in the second half of the 15h century. The Assumption Cathedral (also known as the Dormition Cathedral Moscow) is regarded today as the mother church of Muscovite Russia. Its architecture was modeled after the Assumption Cathedral in Vladimir, making use of groin vaults, transverse arches, Corinthian columns, fresco painting and vast iconostasis – all contributing to the feeling of a spacious interior. 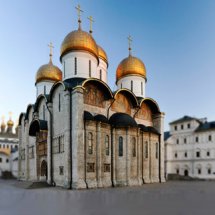 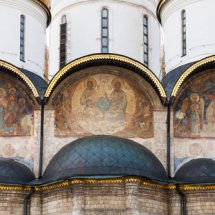 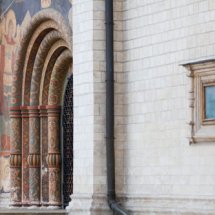 The Iberian Gate and Chapel (also known as the Resurrection Gate and Chapel), situated between Red Square and Manege Square, are wonderful examples of the 16th century Moscow architecture. Destroyed during the Soviet period and fully restored in the 1990s, today the Gate and Chapel meet everyone entering Russia's most iconic place – Red Square. Their architectural characteristics are in strict connection with the epoch during which they were built. The tented roof similar to the Kremlin towers, the star-splattered cupola, the Resurrection icon and the statue of the angel bearing a cross are only some of the amazing elements that make the Iberian Gate stand out. 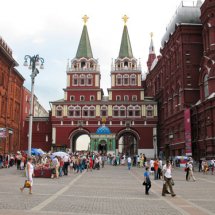 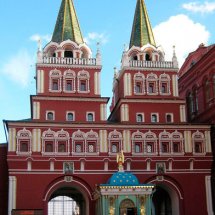 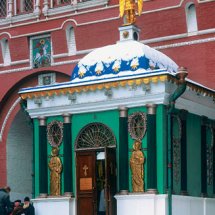 Founded in 1872, the State Historical Museum Moscow bears the architectural characteristics of the Imperial Russia that was still dominated by elements belonging to the luxurious Moscow baroque style. However, the Sate Historical Museum's structure also has elements of neo-Russian design. The best thing is that, unlike other important buildings, the Museum's unique architectural style is easy to observe even if you are not familiar with technical notions – its astonishing exterior will definitely take your breath away. 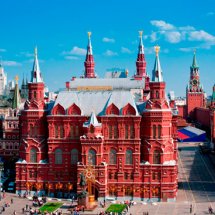 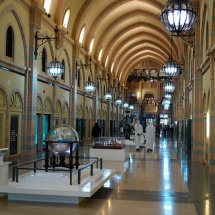 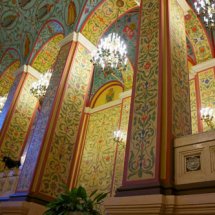 4. Monument to the Emperor Alexander II, the Liberator Tsar

Situated very close to the Moscow Cathedral of Christ the Saviour, the Monument was created in 2005, but the style is inspired from the 1898 monument that was placed above Kremlin's Taynitsky Gardens. Alexander II is mostly remembered for his social, judicial and military reforms. The architecture of the Monument is extremely fascinating because from one side, the Emperor seems to stand directly on the ground, and, from the other side, it looks like he is on a pedestal. The truth is that no painting or photography can replace the feeling of greatness that this monument offers. 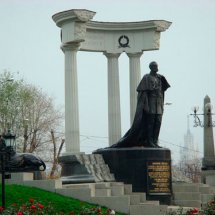 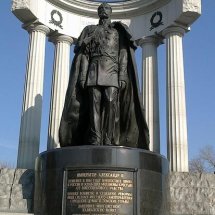 5. Monument to the Conquerors of Space

The 110-meter tall monument to the Conquerors of Space was erected in 1964 with the precise purpose of celebrating the success of the Soviet Union in space exploration. The Monument resembles the trajectory of a rocket towards space and it contains the titanium rocket, at the top, and an inclined obelisk that connects it with the ground.

The world famous Space Museum Moscow is located beneath the moument. If the space exploration is something you are interested in, consider visiting the museum with an expert English-speaking guide during your Moscow walking tour. 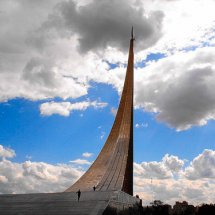 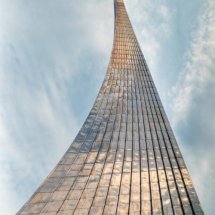 Created from stainless steel by Vera Mukhina, the famous soviet sculptor, this monument marks an important milestone in the history of the Soviet Russian art. First presented during the 1937 World's Fair in Paris, the monument depicts a mixture of styles, combining elements of Art Deco with Socialist Realism. The worker and the kolkhoz woman (“kolkhoz” means collective farm) holding together, in glory, the famous hammer and sickle symbol were especially created to boost the confidence and energy of the socialist regime. 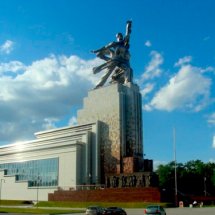 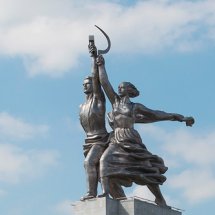 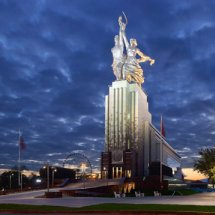 If you're eager to feel the atmosphere and learn about Soviet times in Moscow, we'll be glad to arrangeStalin Bunker Tour

Built in 1970 with the precise purpose of serving tourists coming from the communist countries of the Eastern Bloc, Golden Ring Hotel is today a luxurious five-star hotel. Even though it was reconstructed and rehabilitated after the fall of the communist Empire, the hotel preserves some of the initial architectural elements. Together with the modern skyscraper building appertaining to the Ministry of Foreign Affairs, which is situated right next to it, this hotel is probably a major architectural representative of the final years of the Soviet period. 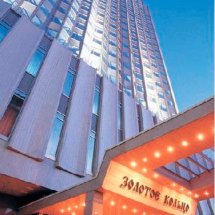 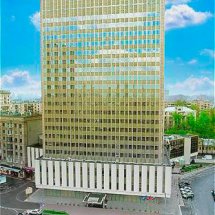 Triumph Palace was inaugurated in 2007 as the tallest apartment building not only in Moscow, but in the whole European continent. The stunning residential skyscraper has no less than 264 meters and includes more than one thousand modern and luxurious apartments. The architectural style of this massive building is similar, to some extent, to that of Stalin's Seven Sisters – the 1950 Moscow skyscrapers. 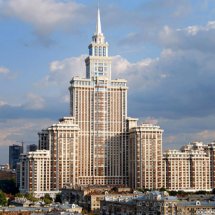 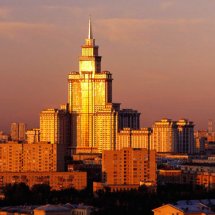