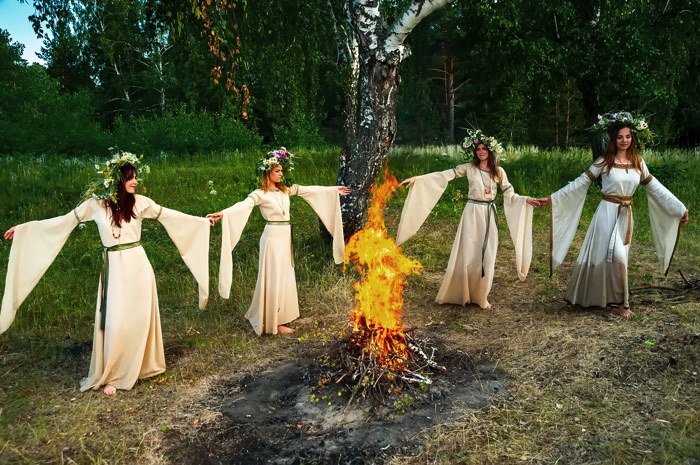 Summer and autumn bring some newly established patritoic Russian holidays (Russia's Day and Unity Day), holidays dearly celebrated during the USSR and nowadays alike (Knowledge and Teacher's Days) as well as religious holidays that go deep into the previous centuries – Kupala Night and Dormition of the Mother of God.

If visiting Russia during one of these special days, on your Moscow tours English, you will be introduced to rich celebrating traditions. A knowledgeable and professional guide will be your best source of information on local culture and will make sure you will get the most of your visit to Russia. 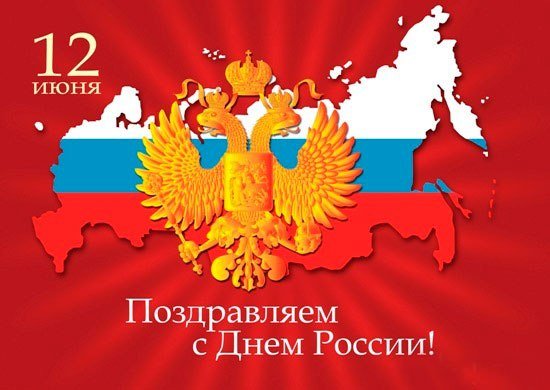 Russia Day is a national holiday in our country. This tradition began in 1992 when the Russian Federation became independent from the Soviet Union countries. The modern holiday is widely celebrated in the entire country, mainly on central squares, where you can see a nice concert and spectacular fireworks.

What was it like before the USSR collapsed? You could feel the atmosphere and learn a lot on ourStalin Bunker Tour

Kupala Night is without a doubt one of the most interesting holidays of the summer. It is a unique mixture of pagan and Christian cultures where people celebrate the shortest night of the year together with the birth of John the Baptist. The popularity of this event has diminished over the years but some people still celebrate it for its picturesque traditions, especially in rural parts of of Russia. 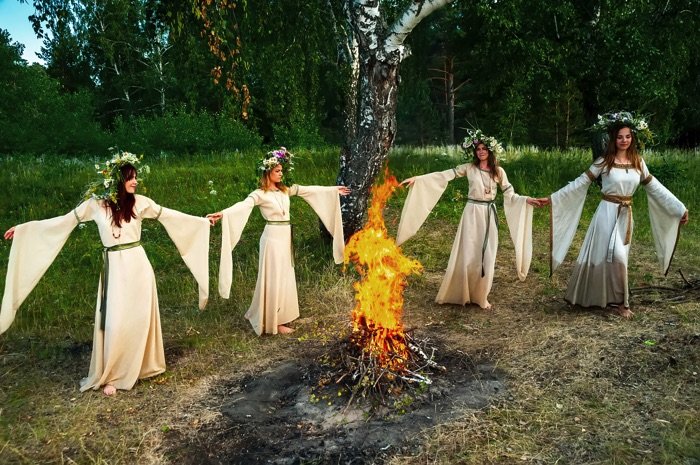 Kupala Night is time for bathing in the river and jumping through bonfires. Many centuries ago, when this holiday was more widely celebrated, young girls gathered flowers to braid wreaths, bathed in rivers and lakes under azure sky and burnt big bonfires to leap through them together with their beloveds. In the morning everyone exchanged their flower wreaths as a symbol of youth then washed themselves with tepid dew. Today all these traditions and customs are still a big part of the celebration not only in Russia but also in former countries of Old Rus’. People work during this day but still find some time to have fun with their family and friends on Kupala Night.

Dormition of the Mother of God | August 28 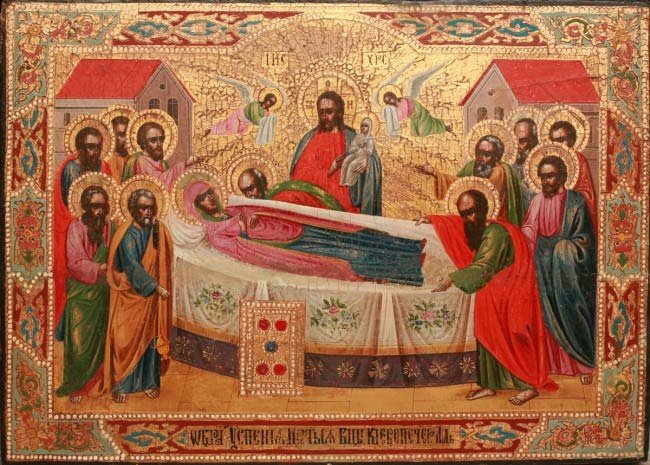 Dormition of the Mother of God is an event celebrated both by Orthodox and Catholic worlds.

Though the story of Mary’s resurrection cannot be found in the Bible people still believe in this miracle. Stricken by loss of her son, Mary begged God to pacify her tortured soul and take her to His kingdom of heaven. Touched by her anguish and pure heart God heard her cries and promised her eternal peace in three days. Before the long-awaited departure Mary’s only wish was to see the apostles. At the day of her death, by a miraculous power, eleven men were gathered near her bed to say their last farewells to the Mother of God except Thomas. When Thomas lastly reached the place she was already buried in the tomb shielded by a massive stone. Affected by his genius grieve apostles opened the tomb to let their friend inside but her body wasn't there. As believed, the Mother of God was resurrected in her soul and flesh.

Like Easter and Christmas, this is a special day for the whole Orthodox world. Holy masses in the name of Mary are conducted all over the country with the main liturgy carried in the Assumption Cathedral Kremlin (also known as Dormition Cathedral).

To visit the Assumption Cathedral and other gems of the Kremlin, you may wish to attendPrivate Kremlin & Armoury Museum Tour 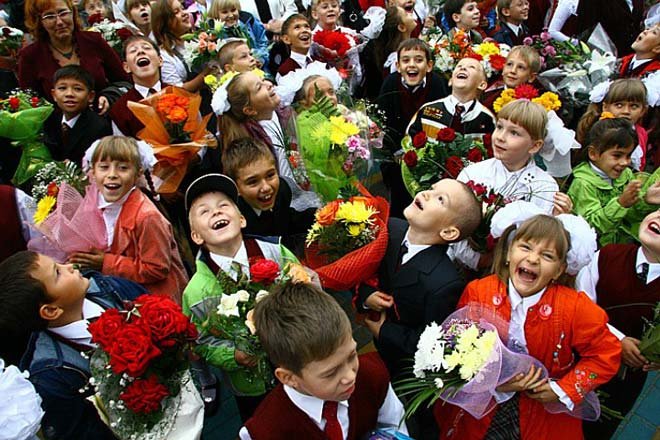 Knowledge Day is officially the first day of school in entire Russia. On September 1 thousands of first grades with flowers in their hands go to school for the first time in their lives while classes for current students are already in progress. Their big white bows and pretty uniforms attract everyone’s attention in the streets. Traditional gatherings of students usually take place indoors or outdoors of institutions. Lined up teenagers and children listen to greetings and congratulations of teaches with the beginning of a new school year. 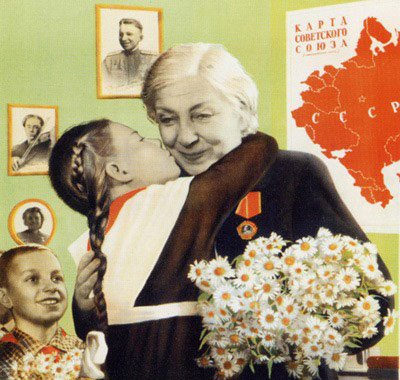 There is also a special day dedicated entirely to all teachers of Russia. During this time students and their parents prepare small presents for teachers to thank them for their hard work. Though it is not a national holiday in Russia and people work during this day, you can still enjoy a concert on TV or watch classical films about school and teachers such as ‘Big Break’, ‘School Waltz’ and many more. 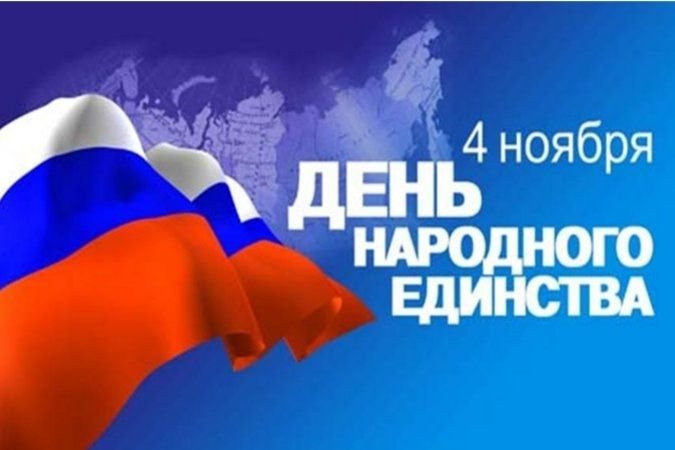 Unity Day is one of the modern holidays in Russia which celebration began in 2005. There is no work or study on this day so people can enjoy their spare time.

Though Unity Day is a new holiday in Russia its history dates back to the 17th century. This day commemorates the victory of Russians over Polish invaders in 1612 which success was skillfully captured into a monument dedicated to the leaders of the uprising – Minin and Pozharsky. Today you can surely find it on Red Square in Moscow. On this day the Russian President lays flowers on this monument to honour deeds of those who liberated Moscow from the invaders.

Big concerts with local musician and artists usually take place on the central squares of our country where people enjoy performances and dance under sounds of music.